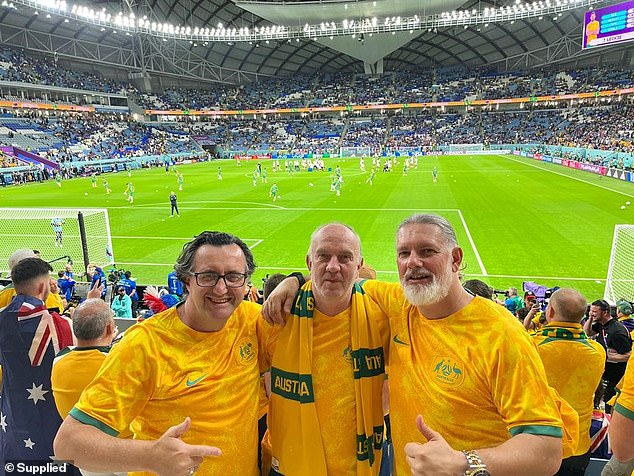 Australia’s World Cup superfan discovers what it’s REALLY like to see the Socceroos in person: no beer, no scalper in sight, air conditioning that makes you feel cold – and you wouldn’t want to eat food

Soccer ‘superfan’ Peter Papoythis has revealed what it’s like to see the Socceroos – and other nations – live during the World Cup in Qatar.

The Sydney-based father-of-two attends over a dozen live group matches in the Middle East and was in the crowd at the Australia-France match at Al-Janoub Stadium.

Papoythis, who is also the assistant coach of NPL semi-professional club Marconi Stallions in NSW, spoke to the Daily Mail Australia after the final whistle saw Les Blues riot, winning 4-1.

Nothing was out of reach as the soccer fanatic provided a fascinating insight into life in the Gulf country when it came to soccer matches at the world’s biggest sporting event.

“The atmosphere was great, the fans of both groups were enjoying the moment and I didn’t see any drama,” said Papoythis, recalling the France-Australia match he watched from “nosebleed” seats surrounded by other Socceroos fans. 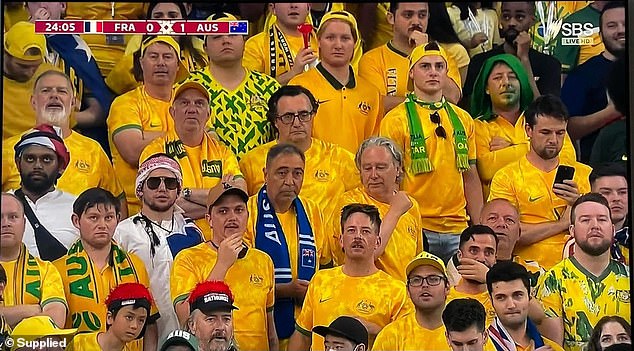 As the TV cameras panned over to Papoythis (left, below the score), “his phone kept on vibrating” from friends back home in Sydney

“I will say this … they do things differently here than at home, being “dry” stadiums without alcohol … the choice of food is quite limited, burgers are not for me.

“I was impressed with the ticketing situation… it’s virtually impossible for scalpers to exist in Qatar.

“The queues are quite long to get into the stadiums, but once you’re on the ground, everything is spread out.”

“England were on fire, they were close to exhaustion and their supporters loved it,” he added.

“I was sitting next to an Iranian couple who got emotional during the national anthem.

“They were also very respectful, they were actually quietly cheering when England scored.” 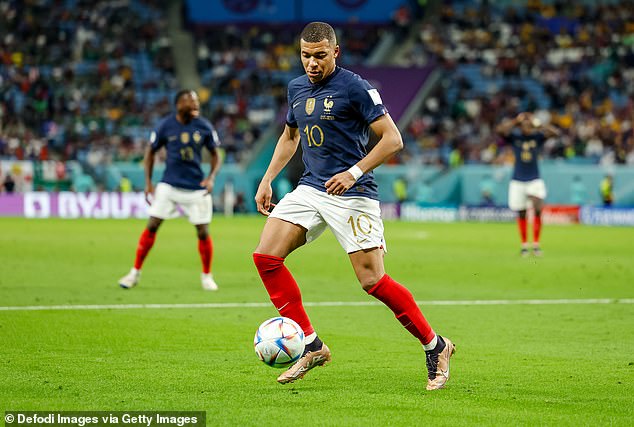 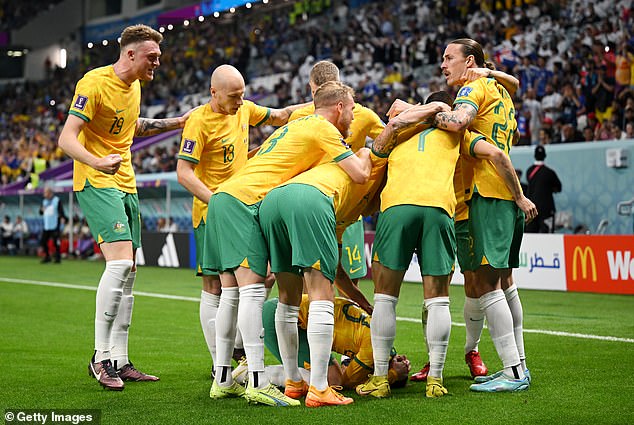 The air-conditioning in Qatar’s stadiums has confused some fans – but Papoy is everything.

“You need them in local conditions, and if you sit up high it can get quite cold,” he said.

“It’s really a carnival atmosphere and now I can’t wait to see Ronaldo play for Portugal, it’s going to be amazing.

“Qatar is a beautiful country, I’m having fun.”