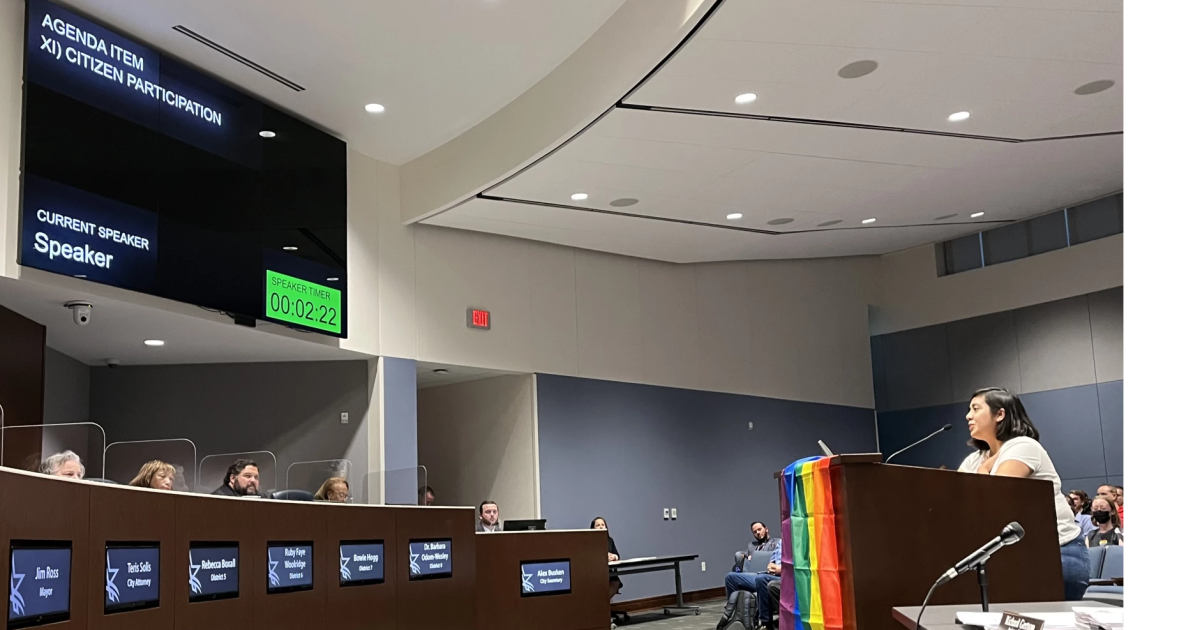 An email sent to city council members on August 24 asked for “dialogue” between religious leaders, concerned that the June Pride Month displays that stood at library branches in June 2021 did not align with “family values.”

“We ask that these exhibitions not be allowed in our city library. They are not in line with the family and religious values ​​of most parents in Arlington and are actually intended to influence children into such a lifestyle,” according to an email titled “For Your Eyes Only – Dialogue Request – Gay Pride Display Aimed at Children” .

KERA contacted each pastor via email. None of the pastors were available for comment prior to publication.

The pastors requested a meeting with Mayor Jim Ross and the city council; however, they were told that they could not meet all the members of the city council at once, as that would require a public meeting.

Hutchison told the library’s advisory board on Oct. 6 that he and other pastors who met with leaders were concerned that identifying as part of the LGBTQ community was sending children down a “path of pain.”

The shepherds said in an email that they had no interest in speaking out against the LGBTQ community or causing controversy.

“To be clear, we are not interested in creating a public spectacle or opposing the LGBTQIA+ community… Our goal in this requested conversation is to protect our community from sexually explicit and suggestive literature that is openly displayed in our public libraries aimed at children/teens of this city,” the letter continues.

However, the topic of LGBTQ pride shows resulted in more than eight hours of public debate at two meetings of the Arlington Public Library Advisory Board.

The board approved rules on October 27 that would limit pride month shows to young adult and adult sections and create permanent LGBTQ sections for all ages. Members of the library council and city council hailed the decision as a “compromise”.

The original policy, devised by library staff, would have restricted Pride Month screenings to the adult section. Board member Zoe Wilkerson said Pride’s shows are chosen based on what is appropriate for each section of the library for an age range. Adults-only pride shows, she said at an October 6 meeting, could lead children to access content deemed inappropriate for their age range.

Library board meetings are held every fourth Thursday of the month, although the last meeting – which was canceled due to a lack of quorum – was scheduled for November 10. The board was to discuss exposure guidelines.

The board was also expected to continue talking about graphic novels after residents raised concerns about “Pervert,” written by Michelle Perez and illustrated by Remy Boydell. The novel depicts the life of a transgender woman who survived prostitution in Seattle, and contains depictions of sexual acts and nudity.

Zuniga said during an October 27 meeting that “Pervert” had been moved to the adults-only section and that the library would undergo a new process of selecting graphic novels and reviewing existing collections. Zuniga also announced a new Parental Controls feature that will allow parents to restrict content to children-only content and/or teenage books. The library previously offered restrictions for children aged 12 and under adult books.

Got a tip? Please email Kailey Broussard at [email protected] You can follow Kailey on Twitter @KaileyBroussard.

KERA News is made possible by the generosity of our members. If you think this report is valuable, consider making a tax-deductible gift today. Thank you.