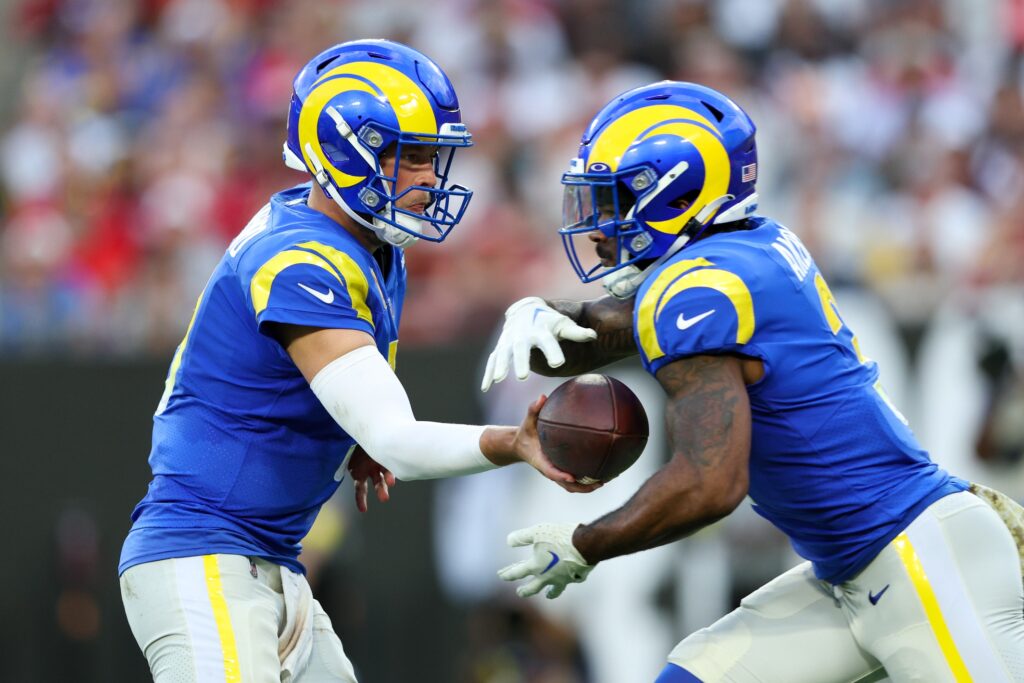 The Los Angeles Rams have an uphill battle ahead as they face the mighty Kansas City Chiefs in Week 12. Fantasy football managers can’t ignore the opportunity to add talent before the fantasy playoffs kick off in the coming weeks. Also, as the deadlines for most trades have already passed or are approaching next week, the window for a trade is limited.

One playmaker who could prove to be a valuable addition is Rams running back Cam Akers. We are on top of all corners in this matchup for fantasy managers and players alike. Let’s dive into whether you should take Akers out of the denial system and start him against the Chiefs.

Should Cam Akers be added to the 12 week no-go list?

Considering where the Rams and Akers were right before the NFL trade deadline, I’m surprised we’re asking if you should add him to your roster after this week’s withdrawal.

At the very least, I would think that Akers was transferred to another squad. Akers requested a trade to another team due to concerns that he was suitable for attacking.

The Rams’ offense has been terrible throughout the season. They were particularly ineffective at handling the ball, finishing 31st in total yards and yards per try. Despite a season-long fielding drought for Akers and his teammates, the third-year quarterback set a season high with 61 yards in Week 11.

Despite Akers only having one touchdown and 237 yards per season, it’s rare that we can find a starting RB available on a waiver wire at this point in the year. We should consider adding Akers to our squad whether or not we believe in this Rams offensive line because he will get the opportunity to touch the ball.

The return of quarterback Matthew Stafford should help, despite Stafford’s own difficulties over the course of the year. Stafford has been legitimately bad, and the Rams must be wondering how long they can continue to hold the lead while he’s a sub-par starter. Nothing will change until the offseason because Los Angeles’ restrictions are staffing.

Last week, Akers was productive enough against the Saints to believe this running game could potentially recover. It was his second game of the season when he averaged over 4.3 yards per carry. This is depressingly low, but we must remember how many fantasy squads have been devastated by injuries in the RB position.

If you have one of those lists where you stream a second running back on a weekly basis, then Akers should definitely add it. We may not have another opportunity to add a starting RB to the roster before the start of the fantasy playoffs.

Just keep in mind that he probably won’t be the best option to start with high-end RB2s because Akers hasn’t played more than 39% of the Rams’ snaps since week 3.

If you can’t get Akers to drop out, consider adding him to Underdog Fantasy’s weekly Best Ball tournament, where thousands of dollars worth of prizes are up for grabs every week.

Is Cam Akers a Good Game Against Kansas City?

It will be difficult to recommend starting Akers in any weekly match he has.

Los Angeles just hasn’t been efficient in making lanes for its backs in the past two years. Combine that with Akers’ post-injury shaken athleticism and inability to create off the grid, and it’s a nightmarish situation for fantasy managers forced to run him.

We also have to consider the Akers matchup against the defensive front of this Chiefs. Kansas City has undergone a change in its defense, showing more effectiveness in countering the run than in years past.

This is partly due to the fact that their pass defense is terrible, as the attacks were the third highest offense attempts on the squad. But they performed well, giving up just 4.4 yards for a carry and six rushing touchdowns for the season.

I can’t recommend starting Akers against this Chief’s defense. But if you’re here, you’re probably running a serious lineup deficit and need a starting back. You could do worse than Akers as he could see 15+ carries and goal line touches if the Rams could go that far. This potential has more advantages than most options on the market for failure wires.