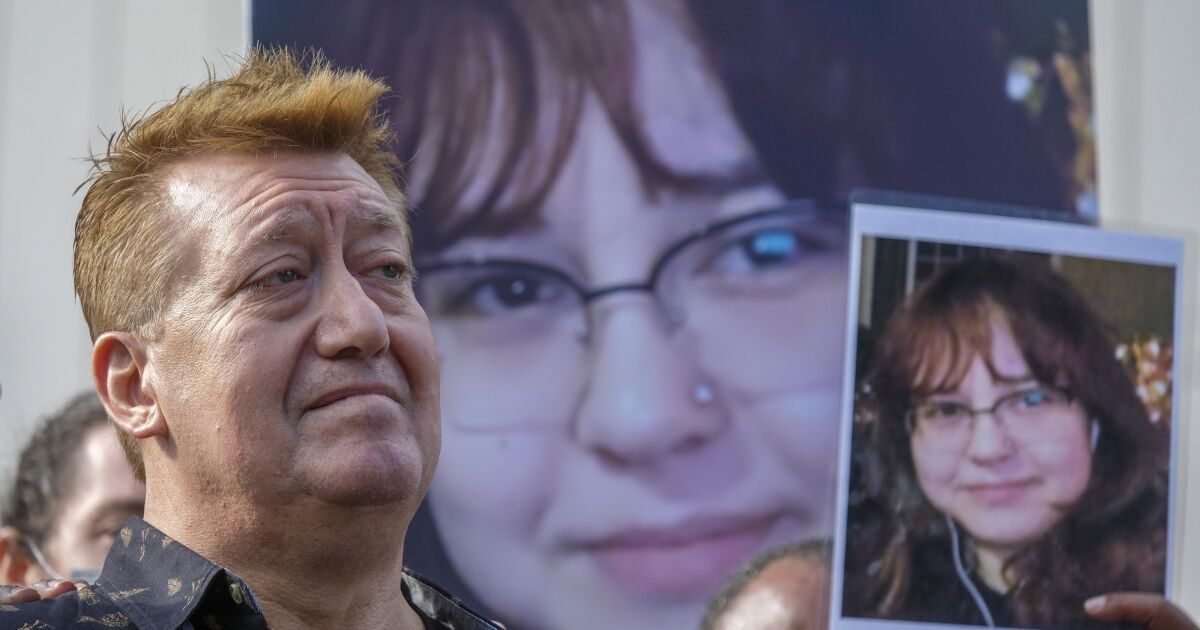 An LAPD officer broke the rules when he fired a rifle at a suspect in a clothing store last year, killing a 14-year-old girl in a locker room, the civil oversight board ruled Tuesday.

The police commission ruled that Jones’ shot was justified once, but his two subsequent shots were not in accordance with the rules.

Police Chief Michelle Moore had previously found in his review that all three shots were unfounded.

Now that the decision has been made by both the boss and the civilian committee, Moore could be disciplined or even fired. However, he can appeal any decision to the LAPD Board of Rights.

Police were called to a store in North Hollywood after reports of a man acting erratically and holding a bicycle lock. He attacked two women, including one who fell to the floor before he dragged her by her feet down the aisles of the store as she tried to crawl away.

After calls to the emergency services, the LAPD marched through the store in formation, showing video from body cameras. Armed with a rifle, Officer Jones moved forward despite the other officers repeatedly saying “slow down” and “slow down”.

Officers saw a woman crawling across the bloodied floor and Lopez on the other side of the aisle, according to video footage. “Hold! Hold!” another officer screamed just before Jones fired three shots.

Jones told the LAPD Review Board on Use of Force that he believed someone inside the store was shooting at people, that he saw the victim bleeding, mistook the bicycle lock Lopez was holding for a gun, and that he thought the wall behind Lopez had hit the wall. a brick wall that would have blocked the officer’s shots. In fact, women’s locker rooms were located in this area.

In his report to the police commission last month, Moore said a majority of the Control Council on the Use of Force concluded that Jones was “too focused on his belief that this was an active shooting scenario and may not have been able to carry out an objective assessment when he arrived at the scene.

The officer “inaccurately assessed the imminent threat of death or serious bodily injury” from Elena Lopez when he fired three shots in quick succession and should have reassessed the situation after the first shot, the majority concluded.

One of the bullets went through the locker room wall and fatally wounded the teenager, whose mother “felt her daughter’s body go limp and watched helplessly as her daughter died still in her arms,” ​​according to the family’s lawsuit.

The family’s lawsuit alleges that the LAPD failed to properly train and supervise the arriving officers and “created an environment that allowed and allowed this shooting to happen.”

Jones also killed Elena Lopez. The autopsy report showed that he was taking methamphetamine at the time of his death.